I was invited to a vision board party and I was immediately stoked. Admittedly, that was because I read the words “I’m keeping the invite list small.” I made the cut! She likes me, she really likes me! 😂

Then I realized that I had no idea what a vision board was or a party dedicated to it was. But I did have google! I quickly learned that vision boards are totally a thing and even though, I was still a little fuzzy on the details, I quickly said yes because I wanted a chance to hang out cause I like her, I really like her! 😂

So basically a vision board is a collage of pictures and words that represent your goals and dreams for the future.

Naturally, despite my efforts, on the night of the party, I left the house late. I was already going to be late and I still hadn’t picked up the obligatory bottle of wine, couldn’t find my scissors (despite the fact that I have many pairs), and hadn’t gathered magazines from the house like planned. Oh and I couldn’t find my debit card. Why do I always lose my card?? I stopped at the little Walmart and got most of what I needed. But I learned that they no longer carry magazines. How weird is that? (Thankfully, CVS still carries them, though!)

After the drama and the general anxiety over meeting new people (Thank God for that wine!), I got there only 30 minutes late. Yeah, I said only! The others were already magazines deep into their visions.  I started out unsure, in general, and thinking that I would only moderately enjoy it. But it wasn’t long before I was having a great time creating my vision and getting to know some really nice women (or getting to know them better!).

I left feeling inspired for the future and happy for the present that I had just experienced. (Or would that mean, the past? I don’t know.) Putting my thoughts on poster board really did make it real and made it all feel possible.

It’s funny how life works. I now want to have my own vision board party! No, that’s not true. I really want to just go to another one.

And I want to make the kids do vision boards. Even though, my vision of how that would go is probably very different that the reality of it. But, Lizzie and Antwan did give me a lot more positive feedback than I expected so who knows? Antwan said, with slight surprise in his voice, “That’s actually pretty cool” and commented on a few of my visions. And Lizzie went and got one of her books for me when she saw that I wanted to read more.

So now my next reading adventure will be a Five Nights at Freddy’s book, instead of Helen Fielding’s new book. I might never know what happened to poor Bridget Jones! 🤔😂

Anyway, I plan to frame my vision board and put it somewhere that I can’t miss. I am going to try to achieve my visions and get the most out of this life that I can. (Hopefully, this life will involve more wine with friends.)

So who has heard of vision boards? Am I the only one who was out of the loop? 😊 Has anyone gone to a vision board party? 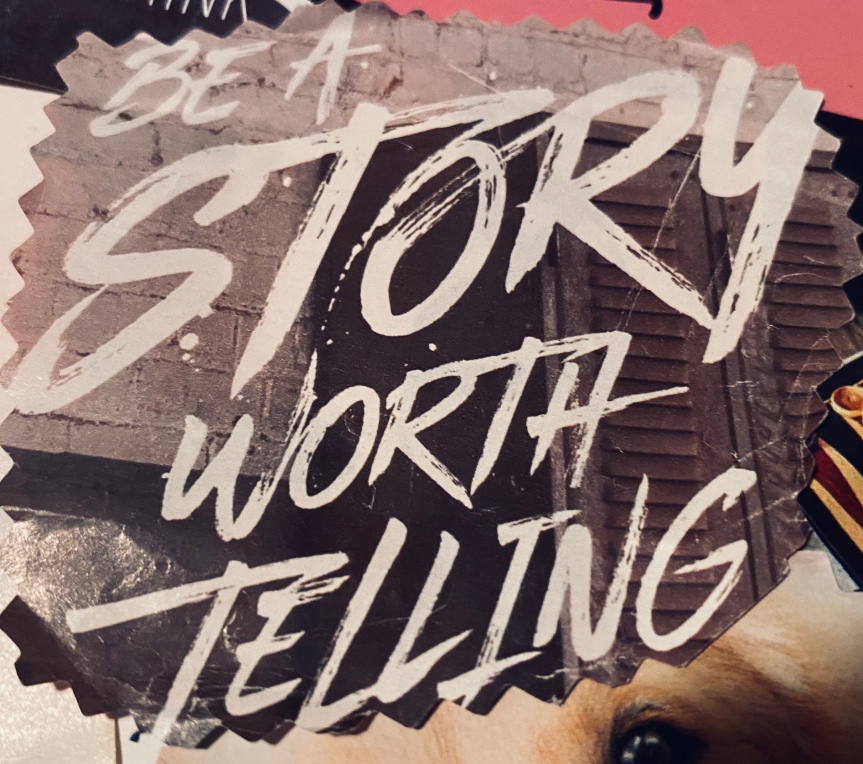 2 thoughts on “Visualizing With My Vision Board”