Skip to content
My good friends were in town this week and I finally got to meet their soon-to-be adopted son.  I am happy to say that he is being adopted out the foster care system  Yay, one more child out!

After playing at the park for awhile, we were heading to dinner.  Never missing an opportunity, I said to my kids, “He was adopted, too!  Isn’t that cool?”

(They haven’t finalized yet.  But, it was easier to say it this way, so there you go.)

My kids were playing their 2DS’ and Lizzie, apparently, wasn’t as inspired as I was to discuss the topic.  So, she said, “I know that he was a doctor!!”

I told her that I said adopted, not doctor, and pointed out that she could drop the attitude. 😉 She then started asking questions about me being adopted.  I explained that I wasn’t and that there were different ways to become a parent.  This led me to believe that she hadn’t paid much attention to the conversation that we had a couple of weeks ago about the same topic, but I’ll cut her some slack because she’s five. 😉

(And if you want to read about that conversation, here you go!) —-http://www.the5parkers.com/2014/01/did-your-mommy-adopt-you-mommy.html

So, yeah, he is being adopted.  His parents are excited, exhausted, happy, and frustrated.  And, it’s totally normal.

I’ve had many facebook conversations that involve my friend saying “He did this…”  and me saying “Oh, yeah.  William did that, too.”

And, watching this child, last night, and how they interacted with him was like looking at a page in my personal history book.

I believe the chapter was entitled “William, Stop Peeing Everywhere?!”

He and William have a lot of things in common, but I will not go into all of that because their little boy’s story is not my story to tell.  But, I’ll say this, I remember the frustration that walked hand-in-hand with Willian’s issues with peeing.

I wish that someone had told me that it was ok that I felt like I didn’t know what I was doing.  Or that it wasn’t horrible that I had an easier time bonding with Antwan who was just a baby.  Because, adding the guilt to all of it made it that much harder.

Actually, Brian did try.  But, when you’re drowning in bodily fluids, tantrums, and lies when all you, unfairly, want is for this kid to get over his issues and just be happy and normal; it’s hard to listen.

Can you tell that last night brought it all back to me?

Long story short, it worked out.  Today, William has the occasional incident.  He pulled his hair out of his head, just a couple of weeks ago.  But, that’s another story.

Last night, I watched my friend/new dad struggle with the same things that I did.  After an accident in the bathroom that may or may not have been an actual accident, I looked at the frustration in his  eyes.  I saw how he felt that he was on his last rope.  And, I saw their son sit, sadly.  And, it was hard to watch.  But, it was also so familiar.

I made (hopefully) helpful, but probably annoying statements about how it will all be ok and how this is what we went through with William.  I had a heart-to-heart with their little boy which involved him looking at me blankly while I asked him questions and tried to get to the root of the problem.  Yes, I fancied myself quite the amateur psychiatrist.  But, he’s surely had his fill of virtual strangers trying to get to know him and I should probably just stick to blogging.

Anyway, as I watched all of this and after the non-breakthrough talk, I looked over at William.  I was overwhelmed with guilt for all the ways that I screwed up with him.  But, I was also overwhelmed at the awareness that he’s a pretty awesome kid.  If he survived being my guinea pig in the whole parenting gig than I know that their son will too.

While I wished that I could stop them from making the same mistakes that I did.  I also realized that I couldn’t.  And, you know what, that’s ok.  It’s all part of it.

It’s really hard to be a new parent.  Heck, it’s hard to be a parent.  I made tons of mistakes with William.  I made mountains out of molehills and lost my cool when I wanted to wow him with my patience.  But, he’s ok and their boy will be too.  Because they are committed to him and they are really good people.

So, if I could say one thing (ok, maybe a few things) to my friends and anyone else who is going through this, I would say this….

(Wow, this really is a wonderfully multi-purpose statement!)

It’s ok to make mistakes.  It’s ok to wish it was easier, but it’s also important to understand that your child is making it as easy as he can.  And, that might not be very easy.

Because, in the end and along the way, you will have those amazing moments that you imagined and some that you never saw coming. 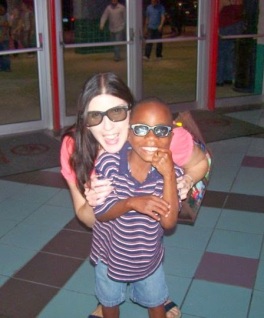 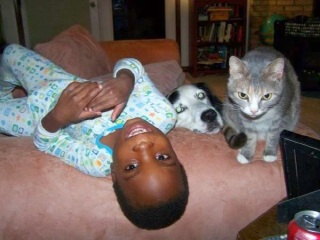 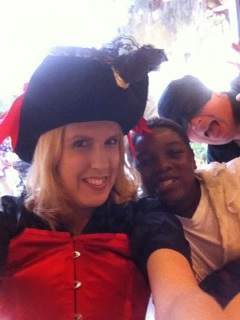 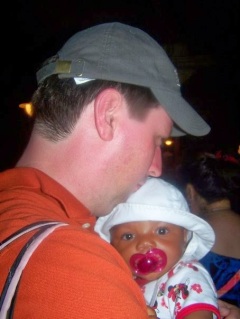 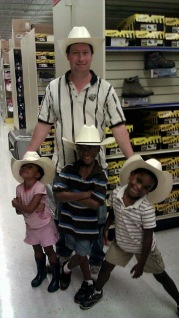 31 thoughts on “Parenting A Former Foster Child: Like Learning To Ride A Bike. You Fall A Lot, But Then You Learn How To Ride.”

#rimiru is doing so much better with the walking on a leash thing! ❤️🐶
I’m adorable and I know it. 😉😍🐶🐾 #puppiesofinstagram #rescuedogsofinstagram #imobessedwithmypuppy
Starting the Saturday off right at @anotherbrokenegg! #mimosas #chardonnay #anotherbrokenegg #breakfast #saturdays #weekendvibes #familytime
Mini hotel photo session after #ancientcitycon. It was fun to cosplay again and be the Maria Reynolds to @mib_agent_b’s Alexander Hamilton. #sorryelizayoushouldnthavegoneupstate #hamiltonmusical #cosplay #theatre
I don’t always wear matching gloves and a mask but when I do, they have bats on them! (Designed by @aureliovoltaire and surprisingly comfy!) #ancientcitycon #raisedbybats #goth #lairofvoltaire #maskup #gothlife #nerdlife
@aureliovoltaire never disappoints! @mib_agent_b